As promised, here are my picks from the shoot I did with Sarah Dresser yesterday. 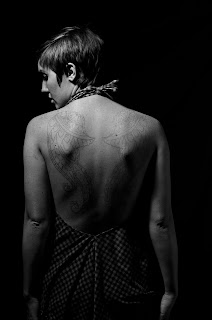 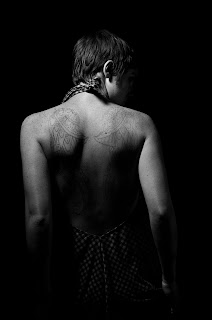 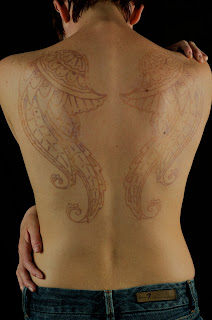 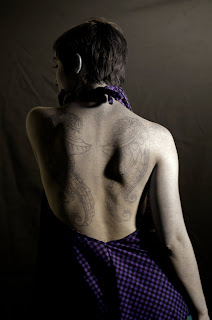 My favorite shots out of these are the first two. I got those on the last lighting setup (of many) that we tried. I am not a huge fan of working in studios, but shooting in a crowded studio with 3 or 4 shoots running at the same time is definitely LOW on my list. Really low. Sarah and I were having trouble communicating because of all the noise the other photogs/models were making. It was very frustrating.

Tech stuff: Finally getting into the habit of shooting my personal stuff in RAW. Looks like it might become a full-time gig. Of course, I'm going to leave my sports photos in jpg, simply because Lexar hasn't offered me any more free cards or a sponsorship (which I would happily accept...)
Used a 50mm 1:1.8 for all the photos you see here. Started with an 80-200, but that just wasn't workin out so I switched to the 50mm. Kept it around F4 for my desired depth of field, shutter speed between 1/40 and 1/100 depending on the light setup. ISO 200.
Because I shot in RAW, post processing was again fairly quick and painless. Aperture 2 works flawlessly with my .NEF files, and pushing or pulling light looks much more natural (because it is). The only problem is that my file size has doubled from JPG to RAW, so I'll be filling up my hard drives a little quicker than I like unless I start getting really picky about which files I keep.

Next up on my personal plate: another fashion shoot (this time natural light) w/ tattooed musician Andrew. I'll be showcasing his real tattoos in the same manner that I did Sarah's fake ones (Henna work courtesy of Josh, who is a tattoo artist at Tat Fu in Flagstaff)