Even though I'm 800 miles away, safely in Arizona - the Aurora shootings at The Dark Knight Rises hit me hard. As far as I know, none of my friends were at that theater - but I have been in the past and that is some serious shit.

People like that have no right to exist and to breathe the same air that decent people enjoy.

I'm a proud gun owner in a state that is proud of its second amendment rights. I spent yesterday evening doing handgun training drills to prepare myself for an event just such as this one. You can bet your ass I carry into movie theaters, as well as everywhere else that I go, both in Arizona and Colorado - and any other state where I can legally carry my weapon.

Arizona has had our fair share of crazies too. Jared Lee Loughner just a couple years ago went on a similar shooting spree in broad daylight - though he was stopped far sooner by responsible citizens, many of whom were also carrying guns.

Took a trip with tvC this last weekend to Zion National Park.

Didn't shoot a whole bunch - spent much of my time facilitating those that did come - teaching some exposure, reciprocity, etc.

Pictures from the cell phone: 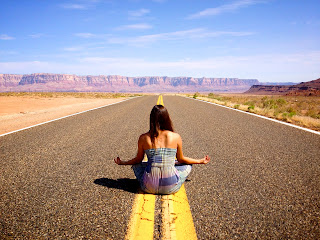 The only one processed in photoshop instead of Instagram.
Our first stop was a random stop somewhere in Arizona on a fairly abandoned stretch of highway. Shooting serenity on the road. 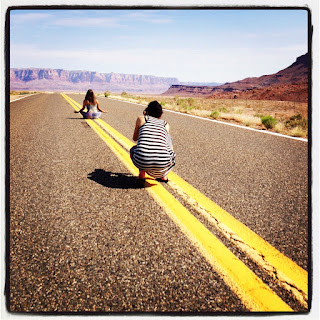 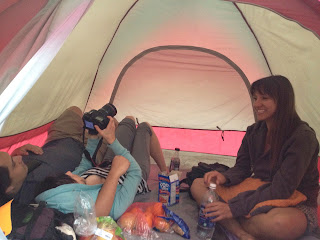 It rained a lot, so we spent a fair amount of time huddled in tents, chimping, eating, and laughing. 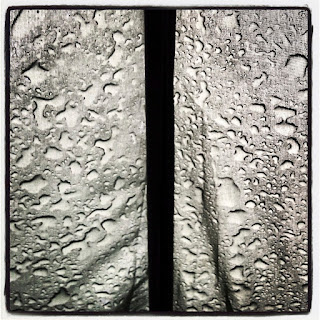 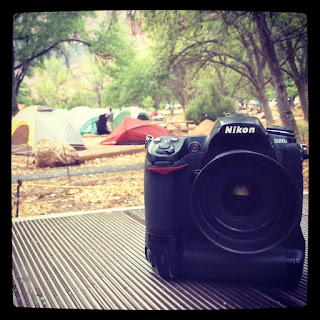 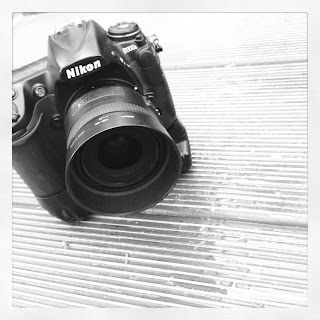 Rainbow over camp on Friday evening, during the one good sunset we got. 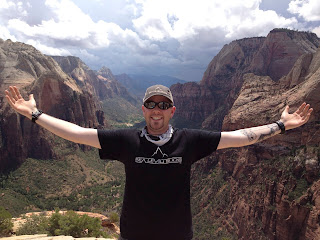 Me at the top of Angels Landing for my second time. Sporting Sea Level Sucks apparel. 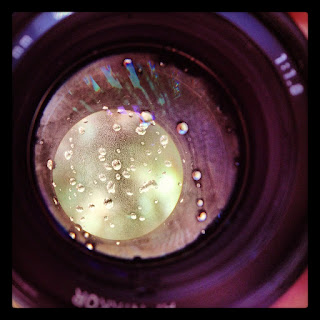 Dano's 85mm lens got dunked in the river. Hardcore. 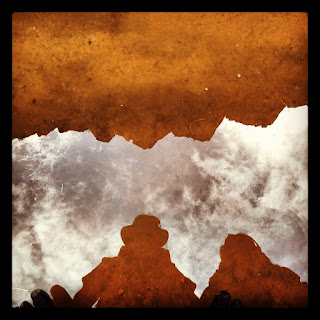 Puddles from the rain. 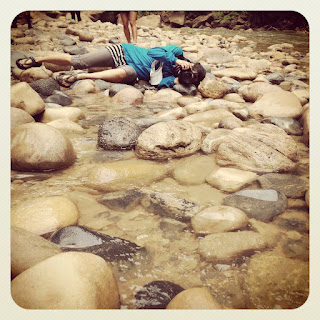 Brianna getting it right by laying down in the virgin river. Hardcore. 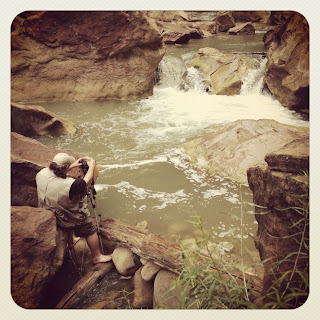 The shot that Dano got his lens wet for. Nice! 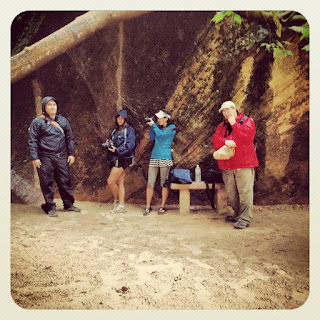 The crew in their raingear, on the way to visit The Narrows. 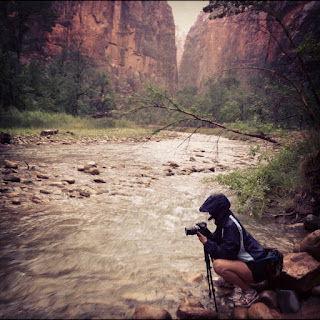 One of the locations we stopped for some shutter-dragging and water photography.

I did take my D300 out once or twice, but I wasn't seriously shooting on this trip. I took the opportunity to be helpful, to shoot with my iPhone and to just relax and enjoy Zion.
The few that I did keep are all in black and white: 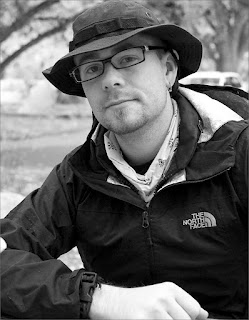 Me, as shot by Angie. 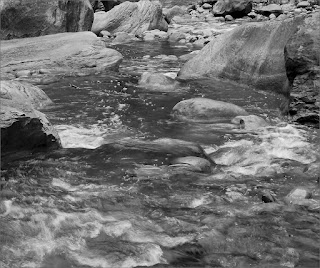 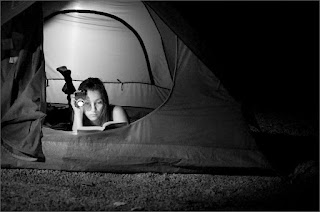 Definitely an enjoyable trip. Zion is always amazing. Rain, rock, the virgin river... a very beautiful place. Overall, I still prefer it in the spring, though. More waterfalls to enjoy in April than in July. Fewer people too.

Not a lot going on in my life photographically these days. Taking a bit of a break to focus on other things and to get things in order. I feel a bit burned out on the whole thing, having shot sports for the last 5 years - I'm ready to clear my head and focus on something else for a while. I'm sure I'll come back to photography, but I need to give it some space.

About a month ago, I was sitting outside Flagstaff Coffee Company people watching and enjoying an ice cold coffee beverage.

Around the corner comes Jerry Snow, all dressed up and looking like a complete badass.

I wandered over, handed him my card, and informed him that I would like to photograph him.

A month later, he wanders in to the Chamber and asks if we can still schedule that photo shoot. 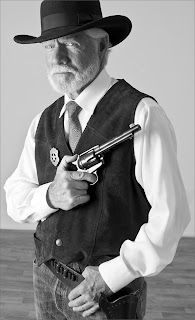 We shot that evening. He brought his epic single action only .38 and his sheriff's deputy outfit, which he often wears during reenactments for the train station! Sweet!

Jerry is an awesome guy and we had a blast. Hopefully he will drag in the rest of his posse and I can photograph them as well!
at 8:03 AM

One piece of gear that I've been lusting after for years is a ringflash. They're mainly used in macro and fashion photography. They have a tendency to create very flat light unless used *just* right. I've used one in the past here.

I bought one from Paul C Buff and it looks kinda (exactly) like this. 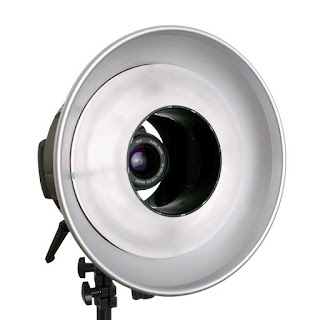 However, instead of using it for fashion (which I don't do much of), my primary purpose for this particular light was photographing the monthly Electric Kingdom shenanigans. Most people use speedlights when photographing this event. Ever since mine fell 60 feet and exploded into a zillion pieces, I've been unable to do that.

The ringflash as an extremely overpowered solution to this problem.

Average speedlights will pull about 60 watt/seconds at full power. We don't like using them at full power because the recycle is so long, so Taylor and I generally shoot at around 1/4 power; 15 watt/seconds. The AB Ringflash unit is a 320 watt/second light at full power.
10 times the power means 10 times the crazy.
It also means that controlling that much power is a challenge. Luckily for me, the ringflash offers me the ability to control the power from 320w/s down to 10. The difference is, that 10w/s is right in front of the subject, on axis, and has a much larger surface area.

I ended up at 3 seconds, F/8, 400 ISO.
The insanely long shutter drag is partially because I was feeling chaotic, and partially because anything less than that left me with practically no ambient - which is how you convey the feeling of fun and dancing and movement in an event like this.

To power such a big light, I wore the Vagabond Mini on a strap and kept the power cable coiled in a carabiner. I got 500 frames and still had half a charge on the battery. That little thing continues to surprise me, and it's a year old now! 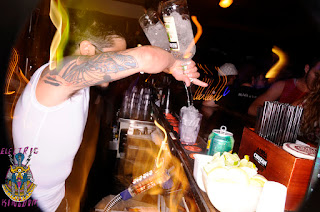 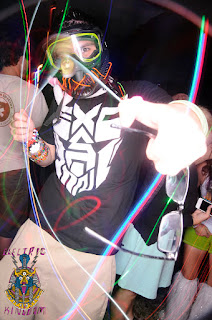 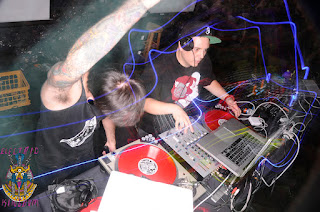 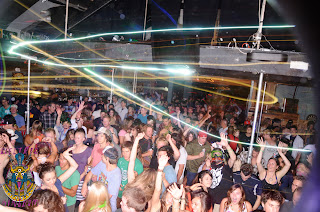 Of course, having that kind of power meant that I could crank it up and light the entire crowd, standing on stage. Nice to be versatile. 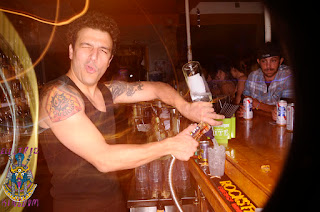 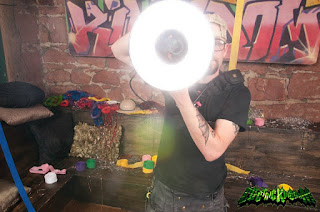 Yours truly. That really is a face-full of light.

Overall, it wasn't bad. The mounting hardware supplied by PaulCBuff Inc. is definitely NOT designed for this kind of hand-held usage. The mounting bracket the camera sits on continually loosened itself, so I had to bust out my new leatherman every 30 minutes or so to tighten things up.  It's also a fairly heavy rig. 2.5 pounds on top of the camera and lens. Requires two hands to hold it, most of the time. Aside from that, it went OK. Pictures turned out decent, considering it was a completely experimental first time using the gear. I'm not quite happy with them yet - but I expect next month will give me the opportunity to try a few more experiments.

Muddling around in Illustrator at work, trying to get myself familiar with it. Made these two posters just cuz I can. 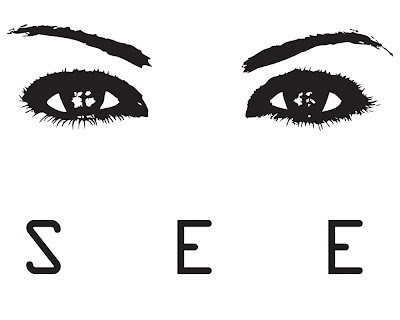 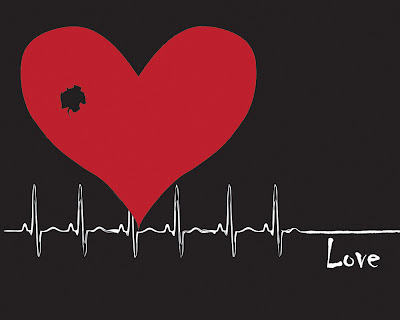 Both are 16x20 posters and are available for sale if you so desire... Not that I'm expecting to sell any.

Life outside of college

Warning: this is a rant. draws no major conclusions (or conclusions of any kind) and serves no other purpose than for me to get stuff that is rattling around inside my head, out, into the world so it can infect someone else.

You have been warned.


I've been a college graduate for... well actually I haven't technically graduated yet. My online class is finished though, and I escaped the last three credits of my college career with 419 points out of a possible 450. I didn't even take the final exam. Thus, even if I don't have my degrees in my grubby little hands, I feel justified in calling myself a college graduate.

As my friends and I are coming to realize, the "real world" isn't all it's cracked up to be. Full time jobs and full time unemployment abound. The networking started in earnest during the last two weeks of classes as people finally figured out "oh shit, I don't have a job!"

For some people, this was a rude awakening. For others, it's more of the same. Either way, it's definitely interesting.

Another thing "they" don't tell you about getting out of school - you instantly lose a very important benefit that comes from being stuck with a zillion other people in your age group: access to the opposite sex.

Don't get me wrong - you can still hit up your favorite bars and all that jazz, but now it's different, somehow.

In classes, your peers are sober*, awake*, and (sometimes) intellectually engaged in something at least slightly resembling a common topic. This forces you to find common ground, gives you something to talk about. It also gives you a common enemy. The default conversation-starter is all about how much of an asshole* the instructor is. How you got screwed out of a grade. How that person is evil and clearly hates all the students who aren't willing to put out to bump up their grade.

To be fair, this particular conversation starter rarely works with people who are doing well in the class.

Whatever. Now, you lose access to that kind of commonality. Especially if the entire staff of your new full time job is 8 people.

This rant is rapidly losing any kind of coherent thought process. I'm not sure it had one to begin with. Sometimes you just gotta write and get crap out of your head. And, what with this being my blog, I suppose I can write whatever it is I please!

One thing is for sure - I'm only just touching the surface of what it is like to live in the real world. All you old people, feel free to scoff at my naivete. But don't forget what it felt like when you were in my position and it was all new and crazy to you, too.