"Do you have any more pictures?" 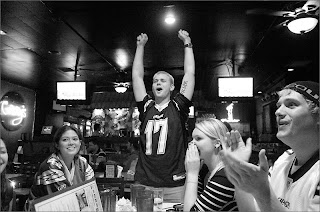 1/9 in a series of Case's birthday. I think this one photo gets it across - but I did nine anyway.
I've come to realize that I shoot to get "the shot." I photograph from a bunch of different angles and pick the one frame that I like. I try a bunch of different crops and exposures and pick the one frame that works best. Getting a series is great - but in my opinion a series should be short. As the viewer, I should be able to get the story or the emotion or whatever from 5-10 frames. Any more than that, and you risk repeating yourself and focusing on QUANTITY instead of what's really important - the content of the image.

I understand you want more - but you aren't going to get it. Instead of whizzing through all the photos in an album or a series, take 30 seconds for each photo to really look at it. Explore the photo in detail. Assume the photographer believes the image is perfect - ask yourself why some things were included or excluded. Try and figure out what the image is trying to say. Decide what you like about it and WHY you like or dislike the image. I know time is money - but if you're going to appreciate the photos, take your time. 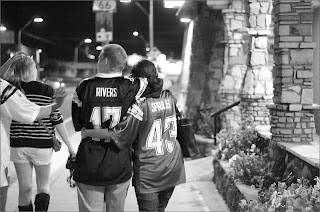 Thus endeth the rant.
Thanks to Christina for inspiring me.
at 10:30 PM