I shot these yesterday, out by Grand Falls at the river crossing. My buddy Ryan has a Tacoma that's buff enuff to do some mild to moderate offroading. I managed to convince him and our mutual friend Brenna to come out for an afternoon of romping in the dirt and the mud. 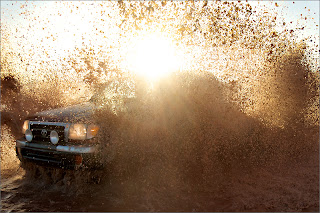 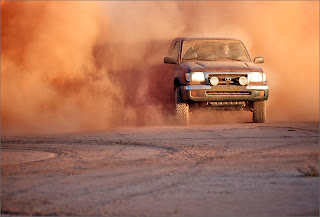 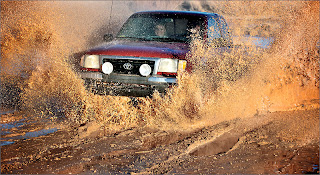 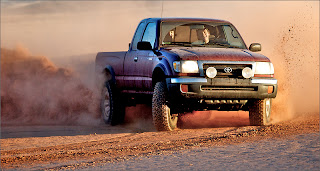 
No doubt due to the influence of the Handsomest Hobo over at lanternCity Media - I have found myself craving a superwide lens fairly frequently over the last weeks. Instead of throwing down $600 for the Nikkor 10.5mm f/2.8 fisheye, I sacrificed $10 for the cheap 0.45x adapter that screws onto the front of any 52mm lens. 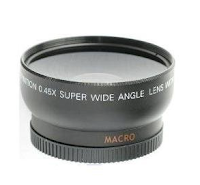 Mine will go on the 18-55mm kit lens that came with my D50 approximately a zillion years ago. This adapter will change my 18mm to about 8mm, which should get the job done! I'll be playing with it a lot on thevisualCollective trip.

Speaking of tvC - I'll spend tomorrow afternoon packing and cleaning my car - then we're off to the races for an evening get-together and then an early morning departure on Friday. I'll be TWEETING our progress @visCollective, and we will be live blogging and Vlogging at www.thevisualcollective.com
at 7:06 PM