Day three saw the entire group up at sunrise, furiously pawing at the instant coffee. Death Valley mornings are beautiful. 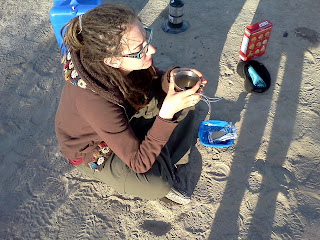 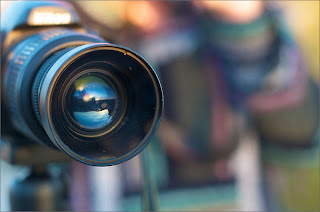 We left camp fairly early and headed out to the abandoned mine town at Rhyolite. 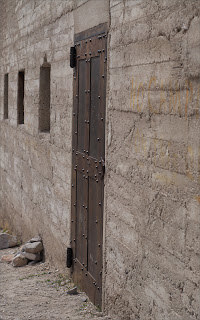 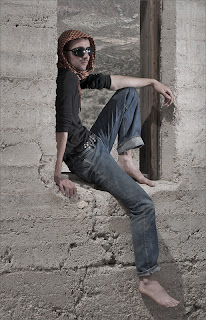 Fuel in Death Valley is insanely expensive - upwards of $5.25/gallon for regular unleaded gasoline. So, after the mine we left the park and headed to Beatty, NV. We got fuel at a reasonable price and hit up an awesome local eatery for lunch. 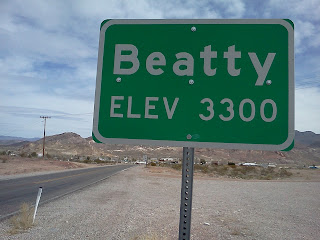 quick tour of The Happy Burro 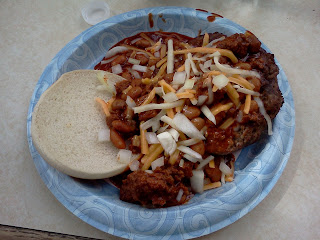 To-die-for chili burger
This may have been my favorite part of the trip. The people at The Happy Burro - Chili and Beer were some of the most authentic, fun, nice people I've ever met. Most were missing a fair few teeth, all were drinking beer and smoking as we pulled up around noon.
One of the owners - Fred Summers (i think) playing a game with the ladies of the trip.
After lunch, we headed back into the park towards the Salt Flats. Along the way we stopped in the middle of a (mostly) abandoned road to do a quick photo shoot. 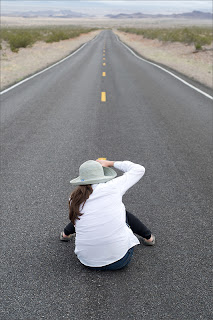 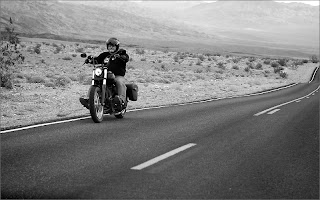 The most awesome destination, and the entire reason I decided to go to Death Valley in the first place was the Salt Flats.
Andrew, Taylor and Dahlia had a salt craving... 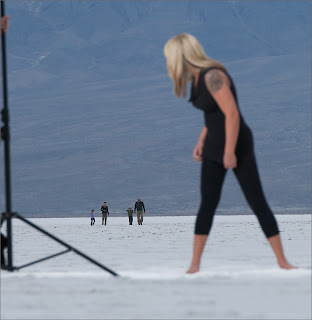 Damn Tourists kept getting in my shot! 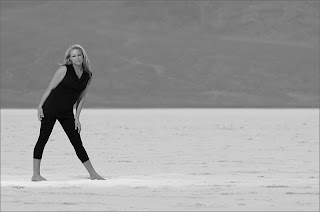 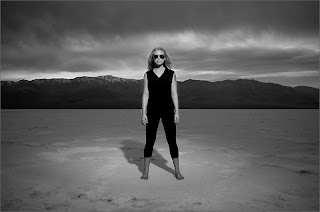 We had a lot of cloud cover for our afternoon at the Salt Flats. Not quite what I had in mind, but it turned out OK in the end. In retrospect, it was quite warm with the clouds - I can only imagine how hot it would have been with sunshine. 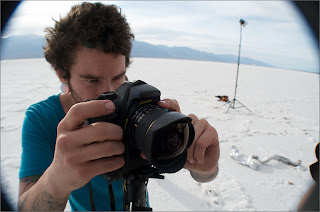 After leaving the salt flats, one of the cars hit up the dunes for a sunset shoot while the others went back to camp to start setting up dinner. 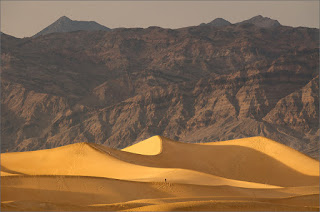 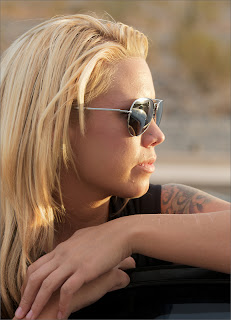 Dinner on day three was a superb Macaroni and Cheese bake, with a big helping of booze to finish off a long day the right way.
at 1:06 PM