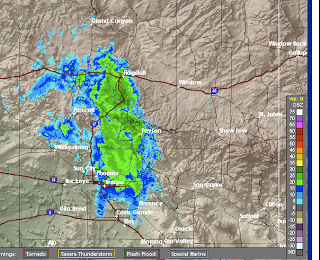 The Storm that came through last night. This shot of the radar was about 1:30 or 2:00am, right as the storm was really getting started. We got snow. Lots of it. I'll take a few pictures today and likely load them as the snow accumulates. We are also supposed to get another storm between now and Tuesday, so i expect i'll be in boots for this whole week, though the snow removal program on campus is very good, even if the claim to heated sidewalks is bogus. 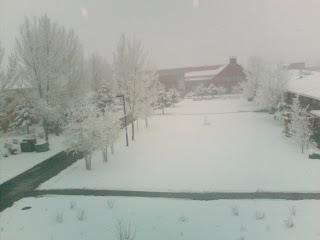 Pretty much the only difference a day and a few hours later is visibility. It is still snowing like crazy, and now the wind has kicked in! The University is closing at 3:00pm due to "severe weather conditions."
Photo 2: 2:00pm, total around 6" and climbing 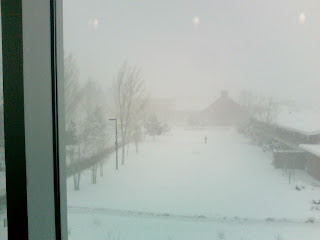 In the end, we received just over two feet of snow from Saturday the 7th, to Tuesday morning.
at 10:59 AM