As many readers here will know, I more or less worship Chase Jarvis.
He's rocking pretty much everything I want to do in life, although he is a bit more video-centered than I plan on being, he certainly has the basic idea down.

Ever since I saw this video about the D7000 introduction, I've wanted to do a road trip with a bunch of photogs and models. 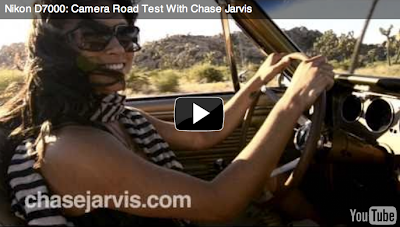 Well, the planning has begun.
I'm still fairly fuzzy on the details, but here's what I got so far

It's gonna be caravan style, cram people into vehicles and drive off into the unknown. Back roads as much as possible from AZ to SoCal, then up the coast to the Redwood forest in NoCal. Shoots on the beach, in the pool, in the cars, in the desert... anywhere that anyone in the trip wants to stop to make some art.

I am super stoked about making this happen, but I need a few things to pull this off:
Videographers and photographers
Models
Sponsors/supporters

If anyone in the Northern Arizona area is interested in making this happen - please let me know!
at 8:42 AM