Back to photography - cars!

I was just cruising through a few older posts on the blog. It looks like the vast majority of my recent posts have been about non-photography stuff. While I don't claim to have a specific focus for this blog, most of the time what I have to talk/rant about is photography related. Recently I have taken a hiatus from shooting anything interesting. Bummer, I know. I'm finally starting to get back on my feet.

Today, we're back on track with a few car images I shot the other day. As usual, They look better enlarged. 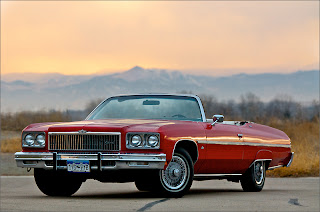 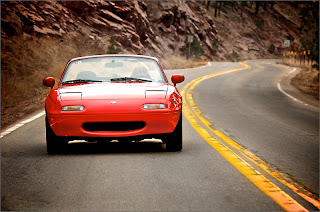 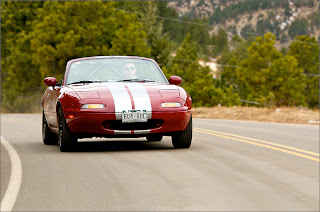 1990 Mazda Miata
My first shoot of the day was with the two Mazda machines. Working on a motion images is both a blast and huge pain. Instead of doing everything in post production, which I know how to do, I prefer to get out, feel the wind in my hair and freeze my freakin' butt off. Cue convertibles in 30 degrees with overcast skies.
I tried to employ a shutter speed that gave me some motion blur in the wheels, while still maintaining some semblance of sharpness on the rest of the car. I think I did alright, but the line is a fine one. The VR II on my 70-200mm lens definitely did most of the heavy lifting. Playing around with shutter speeds, I went from 1/50 to 1/250 of a second. My best results were somewhere around 1/125 or so, with the cars moving between 35 and 40 mph.
The Chevy Caprice Classic came later in the day, with even less light. A large, wet storm spent the day inching its way towards Boulder, so as the day went on I had less and less light to work with. I finished the shoot with the big red boat around 5:30pm with a hand-held shutter speed of 1/50 sec, ISO 800. Definitely not ideal for shooting a stationary car, but it worked out alright. Again, the Vibration Reduction system saved my butt.
The learning curve on photographing cars is a steep one. I'm climbing like a maniac, and I hope to get somewhere where I can start making BIG prints of cars and be proud of them. You, my fearless reader, get to come on that journey with me. Please do stick around :-)