Yesterday, with a team of 23 amazing volunteers, only 5 of whom were shooting, we gave away free photographs to 240 people.

That is almost exactly double what we did at the same location in 2010.

I spent most of my day doing workflow, rather than bouncing around as I had originally intended. As such, I did not get the opportunity to shoot many behind the scenes photos.

The ones I do have are shown below for your enjoyment 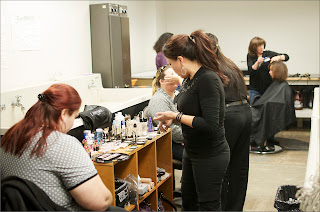 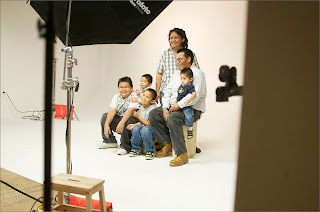 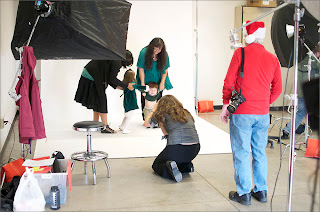 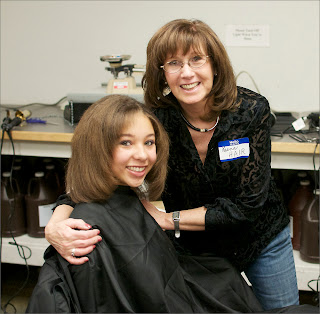 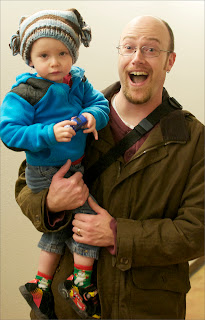 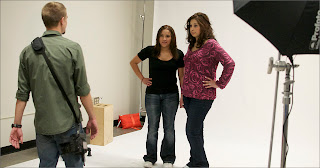 We had 5 setups in the commercial studio and 2 setups in the portrait studio. We could have gotten away with a lot less.
Next year, we'll do three big setups and one or two small ones. I'll also bring more black duct/gaff tape next year: one roll wasn't enough.

Having two people on post production was an absolute treat. Neither of us were overloaded at any given time, there was plenty of time to eat and chat and wander around the event.
We finished off our original 100ft roll of paper, and got well into our next roll. I still have probably 100 feet total from the original 300 that my parents donated in 2010.

Having sponsors this year was amazing, and definitely something I hope to repeat in coming years. We owe huge thanks to the following businesses in Flagstaff:


I look forward to another smashing success next year, and to the video that Danger Charles is producing. I am told we will have access to it on Wednesday or sometime mid-week-ish.
at 9:21 AM